They just can’t keep up with demand 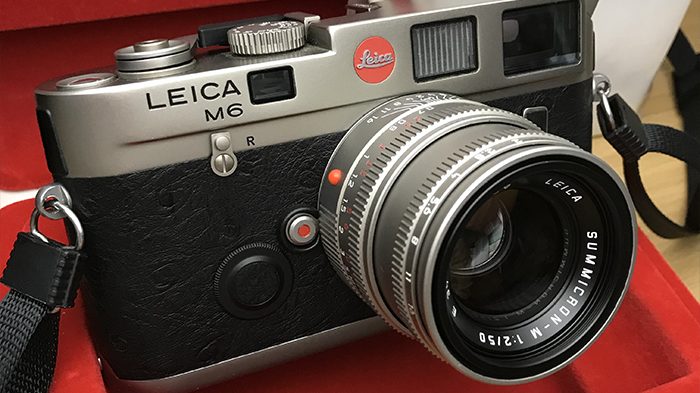 Only a few manufacturers can lay claim to the ‘best in their field’ title, commonly reserved for the finest, most precise and widely respected brands; two of the most famous examples being Rolls Royce and Patek Phillipe. For cameras, there is Leica.

Leica have been around for over 100 years and from the start, they were at the top. They were a powerhouse of German innovation and manufacturing for the majority of the 20th century. Their reputation caught like wildfire, even with those that had no interest in photography.

Nearing the end of the 20th century, Leica like every other brand, without knowing, was reaching their Apex in mechanical film camera development. Almost overnight digital cameras took over the market in what would become the ‘quartz crisis’ of mechanical film cameras. At the time, Leica had reached an impressive point in their journey with the famous M6.

The M6 is a mechanical rangefinder camera, and is one of, if not the most, desirable and sought after camera ever made. It is a manual focus and mechanical film camera without any automatic features; with the only electronic component in the camera being the built-in light meter. They were produced from 1984 – 2002 and many consider it to be the last great camera from Leica due to its almost entirely mechanical design, without reliance on electronic components.

You might think with the advent of digital technology that there would be little to no demand for this sort of stuff anymore from the consumer photography market. Surprisingly, the Leica MP, an extremely close ‘modern’ version of the M6, still being offered by Leica, has seen a massive influx of demand in the past few years. This has led to a waiting list of over 1 year to become a ‘Leica ambassador’. Leica simply can not keep up with demand. The second hand market of Leica’s has seen a massive shift, the prices of their used film cameras steadily creeping towards the retail price of a new, Leica MP. One of the most greatly affected, and becoming increasingly harder to come by in unused condition, being the M6.

It seems that the demand for Leica on the second hand market has become so high that people are willing to go to any lengths to get their hands on one. Check out this 1968 Leica M4 with a 50mm f2 Summicron which sold at auction last month for over $2000, even though it is in an inoperable, ‘destroyed by fire’ state.

An unfortunate result of a house fire, even in death, Leica still has value – crazy.

There’s one thing more sought after than a Leica Camera, and that’s a Leica lens. When you buy Leica you’re buying into a system that stands for precision, perfection and rarity. The pinnacle of Leica’s mark on the world of cameras is with their lenses. With the average price of a Leica lens commonly exceeding the price of the actual camera, it is obvious where Leica’s true achievements lies. Leica has been manufacturing optics for far longer than they have been making cameras. Their long history of production (over 150 years) has led them to become known as the finest manufacturer of photographic optics in the world. If you aren’t convinced check out this brief video by Leica on YouTube: https://www.youtube.com/watch?v=8HRyZBUSMXg

One of the most iconic M-series Leica lenses is the 50mm f2 Summicron. In December 2001, Leica announced they would manufacture and release only five hundred 50mm f2 Titanium lenses to match their Titanium M6. With only five hundred lenses made to match the unique titanium tone on the M6, paired with the fact that the 50mm f2 is one of the more iconic and sought after Leica lenses, an unused titanium lens matched with an unused titanium body is extremely hard to come by. A winning combination. And just for you, we have one such set today.

This M6 is one the rarer versions of the standard M6 with a titanium coating and deep black ostrich leather detailing. Its unique titanium tone sets it apart from the standard black or chrome cameras offered by Leica.

Comes as a full set with original box, papers, lens case and strap.