A once in a lifetime… 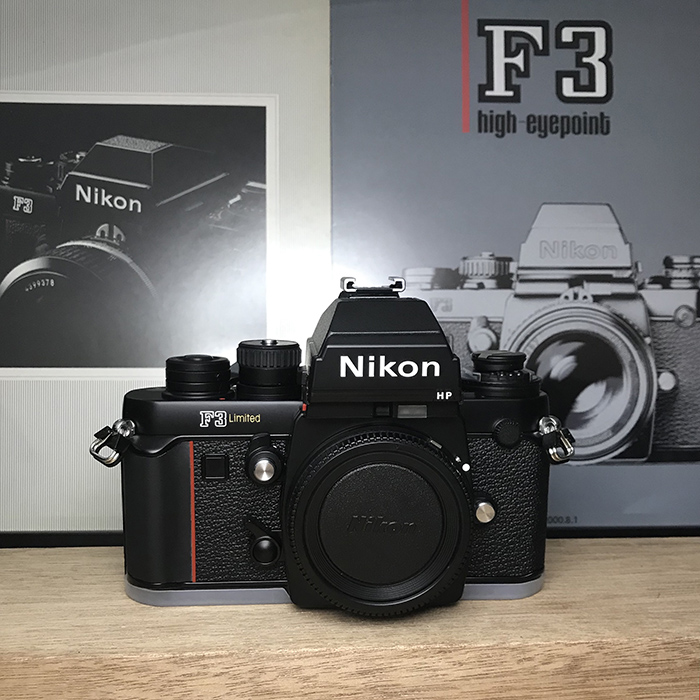 Once in a brand’s life does a defining product come around, an iconic product that stands at the top of all the company’s products without debate; think Rolex Submariner, Omega Speedmaster, Audi R8, Apple iPhone, or the Big-Mac. While all of the examples I gave are still being made today, Nikon’s ‘most iconic product’ ceased production in 2001, despite being superseded by later models in 1988 and 1996. This camera is known as the Nikon F3.

Straight off the bat when Nikon began to develop the F3 in the early 70’s, they brought two superpowers together to develop this camera, a daring partnership from opposite ends of the globe. The first, a little old research facility known for their technological and research achievements in space, known as NASA. The second, an Italian designer best known for designing possibly the most iconic car of all time – the DMC DeLorean, and the Seiko 7A28-7000 seen on Sigourney Weaver’s wrist in ‘Alien’ – none other than Giorgetto Giugiaro. The result: A NASA developed, Italian designed, Japanese built machine, which is as gorgeous as it is a reliable powerhouse.

Why would NASA want to involve themselves in developing a silly consumer camera? Well because it was the official camera of the space shuttle missions and the camera that marked the start of Nikon’s official development partnership with NASA, still in place to this day. Interestingly, the main photo used commonly to depict an ‘Astronaut’; a photo of Bruce McCandless doing the first untethered spacewalk, shows the Nikon F3 mounted to the MMU (Manned Maneuvering Unit) protected by a thermal blanket.

The camera was famous not only for its extra-terrestrial endeavours but also its photojournalism. Famous Vietnam war photographer Eddie Adams was an avid fan of the F3 and had the clever advertising catchphrase ‘going to war with any other camera would be taking a risk’. A powerful statement that lives up to the F3’s reputation of reliability and robustness.

Nikon is extremely proud of the F3; so proud in fact that it is the only camera model to feature its own wall in the Nikon Museum in Tokyo, Japan. Check it out here in this ‘JapanCameraHunter’ video below:
https://www.youtube.com/watch?v=9nBnvFuXa38&t=302s

It’s not hard to see why Nikon would be proud of this camera, historic achievements aside; this camera is a machine to be reckoned with. The chassis is machined from a solid block of steel with everything else built and assembled meticulously on top of this sturdy structure. Picking it up, you’re instantly greeted with something that is extremely rare in today’s world, the feeling of metal, not plastic. This thing is so solid it could be used as a weapon in the wrong hands.

Despite that, the best thing about this camera isn’t its solid build, iconic history, or even technical features. The best thing is the fact it looks exactly like if an Italian automobile designer made a camera – it is stunning. The almost entirely black design has one bold display of colour, the thin red line running along the length of the grip; a design feature introduced with this camera that is still used by Nikon in their modern digital cameras.

If you’re a serious Nikon collector or enthusiast – then the F3 is a must-have in your collection.

On offer today is an unused Nikon F3 Limited, a model only released for the Japanese market in October 1993. It is the smallest batch of ‘regular’ F3’s made by Nikon, with production estimated at 2000 sets. It comes with a unique serial number with an ‘L’ in front of it as well as the word ‘Limited’ engraved next to the F3 symbol on the front of the camera. This set comes as a full set and is the closest to brand new condition you will find, with the shutter protection still intact.

Comes as a full set with original box, papers and strap.