The most advanced manual focus camera ever made by Nikon. 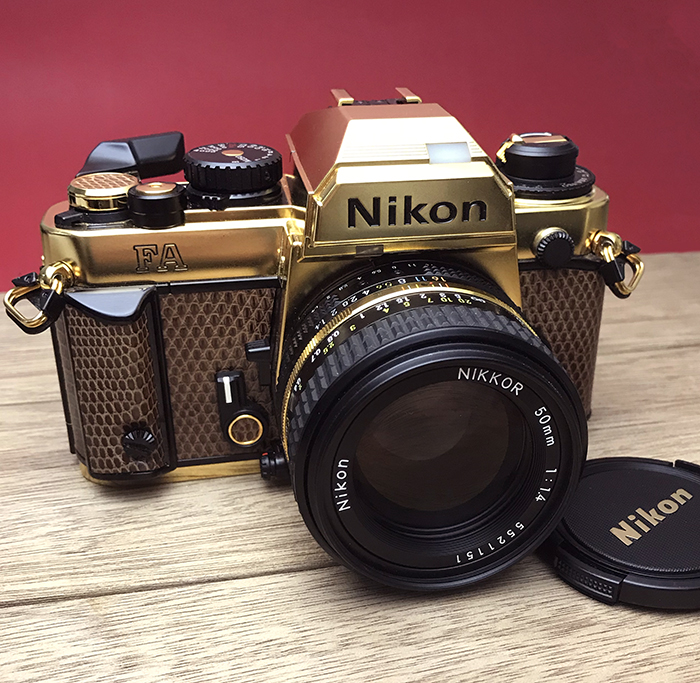 In the late 70’s to early 80’s, camera technology had started to move towards computer aided functionality. Camera companies, who used to rely solely on mechanical ingenuity, now had to invest in the research and development of microprocessors capable of reacting and working in the same way a professional photographer shooting manually would do. It was no small task, but this period saw the development and introduction of many technologies we take for granted today, one of these is that of exposure metering.

Now if you aren’t familiar with what Exposure metering means, the job of ‘metering’ in a camera is to evaluate what you’re shooting and determine the correct exposure settings for your image.

In 1983, Nikon and Olympus, two Japanese powerhouses for innovation, were fiercely fighting it out in a neck and neck battle to produce an intelligent system for exposure metering, which would greatly aid the amateur and professional photographer alike. While both carried out technical innovations of exposure control, their ideas were quite contrary to one another.

Olympus’s technology, ‘Multi-spot metering’, introduced in the OM-4, took a sample of multiple ‘spots’ on the image and then set the exposure accordingly. This still required manual input from users as it was a somewhat basic idea and sometimes inaccurate, as it only took small samples and didn’t account for the whole image.

Matrix metering on the other hand, the technology developed by Nikon and implemented in the FA, aimed to minimise user’s judgment of the exposure compensation entirely, by breaking the entire image up into grid like segments and taking an average, it could determine precisely the exposure compensation required without the need for manual input. The technology was such an advancement for cameras, that the Nikon FA went onto win not one, but two of the camera industries most coveted awards – The Camera Grand Prix and the European camera of the year, specifically for this development.

Matrix metering is now commonplace in almost all professional and consumer grade cameras, and is even the basis of exposure metering in smartphones being made today – and it’s all thanks to this development from Nikon.

In commemoration of winning the “Camera Grand Prix” prize in 1984, Nikon decided to release a limited edition FA, covered in 24 karat Gold. It’s usually silver coloured parts, such as the top and bottom plates, were covered completely in gold, with Lizard skin used for the leather detailing.

During production of this limited edition camera, the engineers at Nikon, wanting to make the best product they could, consulted jewellers on how to create the perfect gold lustre on their camera. It is easy to see that their advice was of great benefit, the Gold body shimmering like brand new, still, after almost 40 years. They even went to the effort of gold-plating the coupling ring of the lens, as well as the Nikon logo on the lens cap – talk about attention to detail.

Nikon had made only a few gold-plated cameras before the FA, in small quantities, which were reserved as commemorative gifts to their dealers. But the FA Gold was the first gold-plated model available for sale to the public, set aside for only the most premium customers. This model was only sold in Japan; it was sold as a fully functional ‘Trophy’ camera for Nikon loyalists or die hard Japanese patriots.

It was a limited edition of only 2000 sets, housed in a crafted box made of the Japanese paulownia wood, and priced at 500,000 Japanese Yen, or around $7,500 AUD in todays money.

I cannot think of a better and more affordable luxury camera to put on display in your home or office. It would also make a sophisticated present for a friend or business partner ‘who has it all’. Think big- and you will be surprised!