The year of the Dragon, when only the best will do. 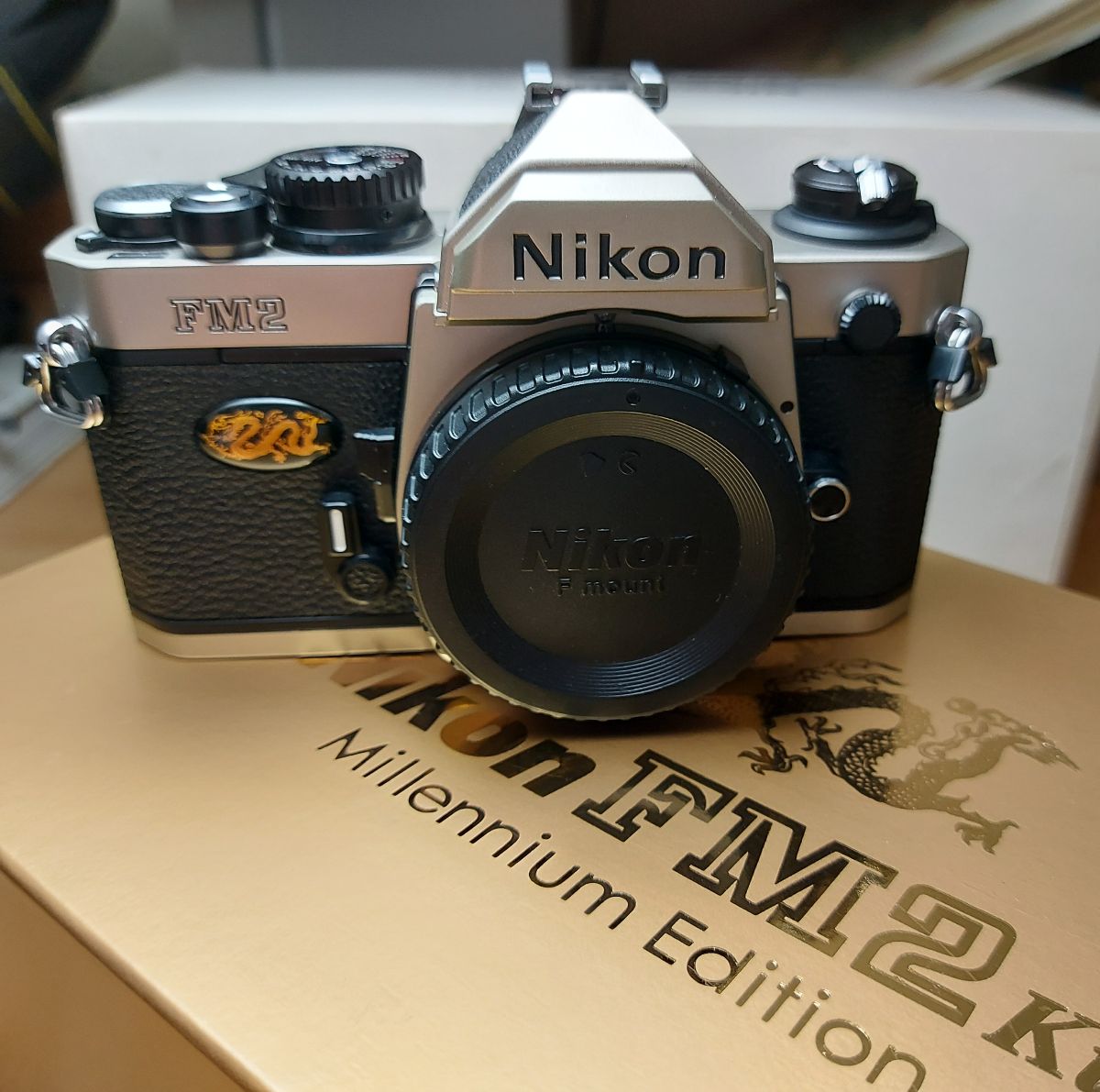 Yesterday we received a surprising amount of interest in the Nikon FM2 that we listed. If you haven’t already checked out the story of the ‘Afghan Girl’ and the photographer and camera behind it, you can check it out here:

It’s not hard to see why it stirred up so much interest. Cameras, unlike many other mechanical instruments, lose almost all their value after years of abuse; especially with how precise and ‘clean’ optics have to be for the user to get the best result. So coming across an almost ‘brand new’ condition vintage camera, particularly when it is a special edition, and there is a cool story behind the camera – is a rarity. With a resurgence of interest in film and film cameras, these sets are becoming increasingly harder to find.

Well just for you, we happen to have another FM2 in stock and this one is just as cool as the last.

Released in 2000 as a special edition to celebrate the millennium (something a few camera companies did at the time) this FM2 ‘Year of the dragon’ comes as a special set with a 50mm f1.4 Nikkor lens. The camera body and lens come with matching serial numbers ‘1405/2000’ to display that they are a matching set of a limited batch of only 2000 cameras. It comes with a black and gold dragon insignia on the front of the camera and is well presented in its gold and red box. This is a very cool set especially considering its almost untouched condition, perfect for a collector or a ‘particular’ photographer, only looking for the best.

Included in this set is a personal little message to the owner from Michio Kariya, president of Nikon at the time:

Thank you very much for choosing Nikon. Stepping into the Year 2000, it is Nikon’s greatest pleasure to introduce the FM2 Millennium Limited Edition to commemorate this significant year. It has been specially designed for you and only 2000 units will be produced worldwide. The special design has a mark of the Dragon. The Year 2000 symbolized by the Dragon, according to the lunar calendar, represents fortune and good luck. Nikon would sincerely extend these good wishes to you for your patronage and look forward for your continued support into the new millennium.”

Comes with original box and papers.