What do NASA, Stanley Kubrick and Jeff Bridges have in common? 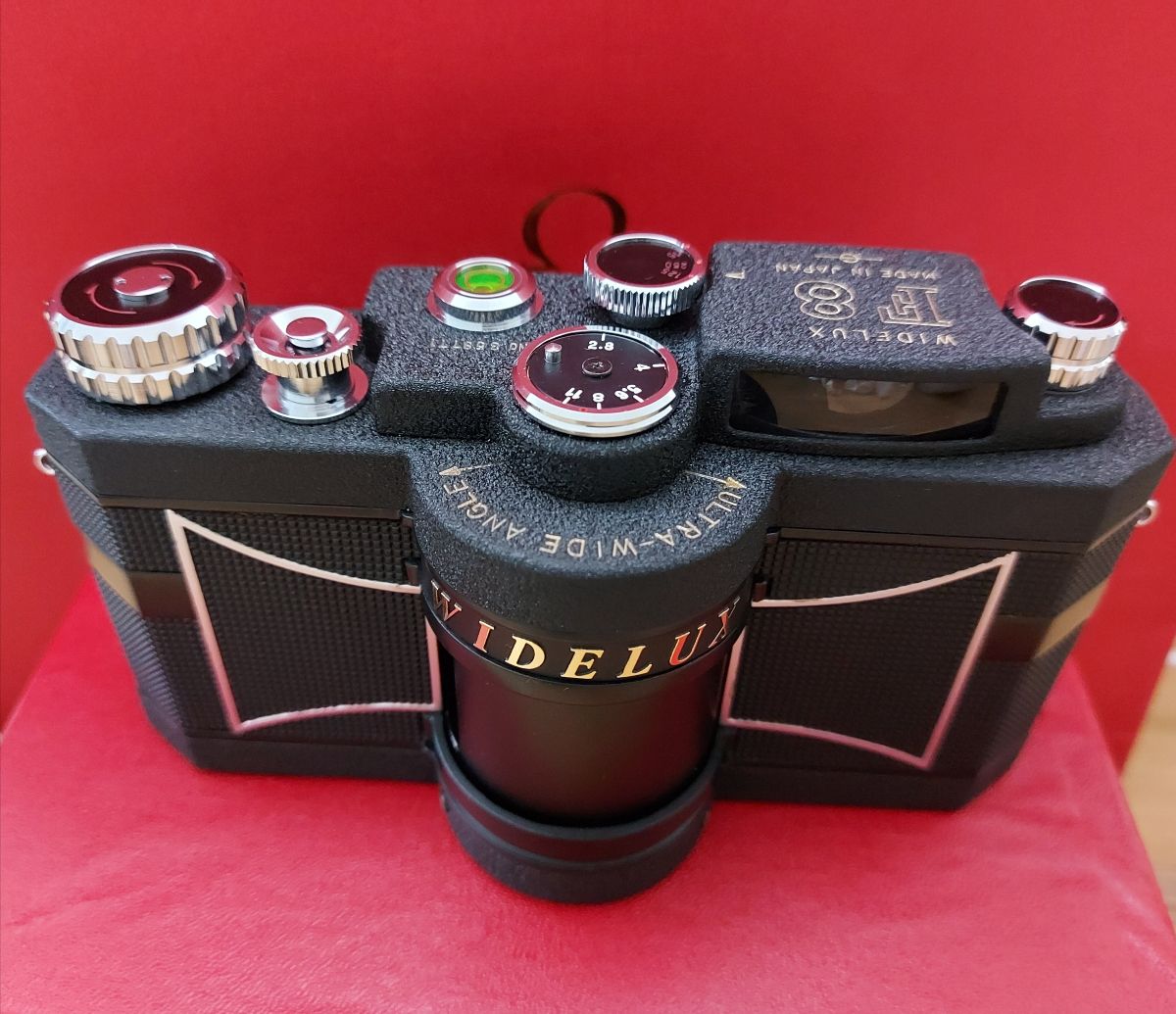 No – it’s not faking the moon landing, you conspiracy nutters.

Started in 1952 by Nakayama Shozo, Panon was an independent camera brand dedicated to a very niche market, panoramic film cameras. Many brands have attempted to make panoramic cameras with most of them just adjusting the film exposure frame so that it doesn’t expose the top and bottom, but Panon made a camera with a mechanical ‘sweeping’ lens which covers the entire 35mm film strip. The result is a peculiar but fascinating piece of technology which over its lifetime made quite a mark on the camera world. It was known as the ‘WIDELUX’.

During the 1960’s, NASA was preparing itself for the soon to be history making Apollo missions; these were known as the Gemini missions, the precursor to landing on the moon. NASA was looking into a variety of cameras and equipment to take on these missions to capture some of the first sets of high quality images from space and one of the cameras they chose was the WIDELUX panoramic camera. The camera would be mounted pointing out the cockpit window. Here is an exert from the press release mission report for Gemini 10:

Stanley Kubrick’s films have been watched and loved, far and wide, with his unique stories and cinematography being extremely characteristic in his films. Although being world famous as a director, he also prided himself on his photographic skills and knowledge, with a large camera collection and photographic portfolio that spanned all the way back to his childhood, he was a photographer before anything else. Shortly after he passed away in the late nineties, his wife released the book ‘Stanley Kubrick: A Life in Pictures’ containing a lot of his photographic work which had never been shared before, some of the photos included in this book were shots taken on the Panon WIDELUX. These photos included behind the scenes shots of pre-production and set pieces on 2001: A Space Odyssey.

Interestingly, Kubrick wouldn’t be the only celebrity to take their WIDELUX behind the scenes of film productions. The most notable WIDELUX shooter and a long-time fan of the camera, Jeff Bridges, has been using his camera on almost all of the 80+ film sets he has been a part of since 1984. Including such films as The Big Lebowski, True grit, Tron: Legacy, Crazy Heart, Seabiscuit, and RIPD. These photos included pictures of unique set pieces, intimate candid shots of actors behind the scenes, portrait photography of celebrities, and many ‘selfies’. Bridges decided to release countless shots in two photography books, part one being released in 2004 and part two in 2019. He has an extremely passionate connection with this camera and describes it as being able to ‘see like the human eye’ with peripheral vision. I recommend watching the interview Jeff Bridges did with Jimmy Kimmel about the camera and his photography linked below:

While this camera made its mark on history, being chosen by scientists, filmmakers, and celebrities alike, to capture incredibly unique images, the camera company Panon was only a small independent manufacturer. Over the nearly 50 years they were in business, they made just over 20,000 cameras in total. A decline in film camera sales and a tragic factory fire is to blame for Panon’s demise, but the cameras they built are like tanks and their reputation and historic achievements will live on with them.

Check out this small forum of ‘WIDELUX shooters’ on Flickr who have uploaded thousands of unique images that will absolutely amaze you: https://www.flickr.com/groups/widelux/pool/

At the moment, this WideLux and its story is too much for us to part with, so the camera will remain on display in our shop. Good news, we are working hard to find another one. If you are interested in a WIDELUX for your collection or for shooting, do let us know.