Beginners Guide: The top 3 film stocks to get you into shooting analog. 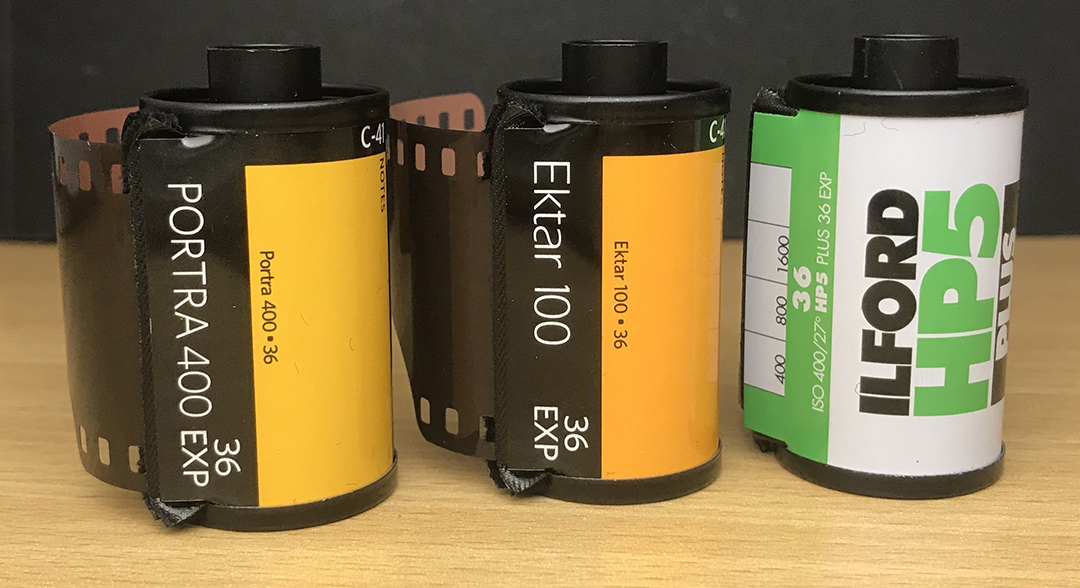 I’m sure there are many here who may have just opened up to the idea of shooting on film again, or many who are thinking of joining the fun. It’s been a while since the glory days of film photography, many film manufacturers are no longer around, Kodak died and rose from the dead, and the film stocks available have completely shifted from what they were. So to help you navigate the new world of film, here is a short guide on the three best film stocks to get you back into shooting.

I can’t think of a more widely used and appreciated film stock by professional film photographers than Portra 400. Kodak claims it as the finest grain high speed colour negative film. Many attribute Portra 400 to producing the best skin tones out of any film stock. It can be used for day or night time shooting, and with even little skill, an amateur can produce vibrant looking images.

Here’s an image I took on Portra 400 from my first ever roll of film:

A vibrant and colourful, super fine grained film stock, actually the ‘World’s finest grain’, which displays all the positives to shooting analog. It’s the perfect film stock for shooting in sunlight and getting vivid, full colour spectrum images.

My personal favourite thing about this film stock is that it adds a beautiful, unique tone to Australia’s iconic sandstone monuments, as seen here in this photo of St Mary’s Cathedral in Sydney:

It would be a sin if I didn’t include a black and white film stock on this list. If you’re unfamiliar with Ilford, they’re a company which has embedded themselves as the king of black and white film. This is their most versatile, highly favoured film stock and it has a lot to offer. In day or night it produces a wide dynamic range being able to capture both ends of the spectrum extremely well. It is perfect for all-round shooting, being able to handle any situation you throw at it.

See here how it captures details in the blacks while still remaining correctly exposed in the highlights: