The art of ‘old school’ printing: by Nick Susatyo 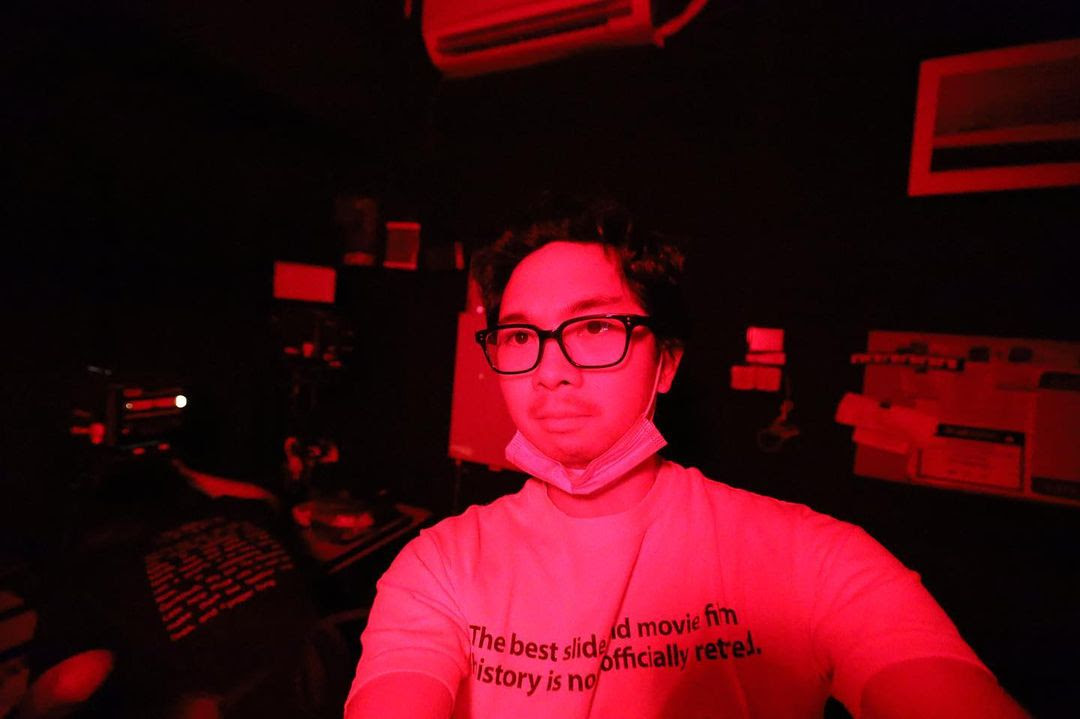 Fellow photographer and subscriber Nick Susatyo pictured in his darkroom

I found a rental darkroom in my local area, so of course I had to give it a try! Although I have learned to process films in 2012ish, this was my first time in the darkroom. I have visited the darkroom twice so far, and have printed about 15 photos.

In film photography, a “printer” literally means someone who prints. It doesn’t mean a Canon inkjet printer. Just because someone is good at taking pictures, doesn’t mean they can print. Conversely, some of the most famous printers didn’t even take pictures — they just print, and they put long hours in, to master this craft. In Photoshop, you’ve heard the terms burning, dodging, spotting, etc — these are all derived from darkroom techniques. Ansel Adams famously said that the negatives are akin to musical scores, while the print is the performance. You can write the best symphony in the world, but without a talented team of musicians, the symphony would never be realised.

Printing in the darkroom, especially when you’re only learning, is really time-consuming and can get expensive pretty quickly. This was why I haven’t really been on Instagram lately — I was in the darkroom 5-6 hours at a time. The whole thing was really engaging and pretty intense.

Even after printing so many at a time, one thing that still flipped me was the fact that printing is the opposite of taking pictures: When film is exposed, the longer the exposure, the brighter the picture gets (this is a semi-permanent habit/knowledge that is so automated and ingrained, and really hard to just forget). With printing paper, it’s the opposite — it got darker the longer the paper was exposed.

I have so many mixed feelings after my first darkroom sessions. On one hand, I really love the whole physicality of it. I love how analogue everything is — how everything is just logic and science.

On the other hand, now I understand why old people love digital so much, and do not understand young people’s obsession with film — to them there’s nothing magical about it, it’s just a pain in the posterior. Digital printing has come a long way and in all honesty, they are superior to darkroom printing, and most importantly, they are easily reproducible.

Over the years, I meticulously stored my films because I knew this day would come. Now that I’ve ticked the box, what’s next? I plan to still shoot film (I still have many B/W and colour slides to go through), but now I have clearer goals when shooting film: I ask myself, “What would this look like when printed in the darkroom?” Ansel Adams said that we can learn how to take pictures not only from taking pictures, but also from printing. I can see it now — because now that I have some darkroom experience, I can pre-visualise the potentials of my films even before I shoot them. Of course, the more familiar you are with your films, the better you are at pre-visualising your final image. This is why professional photographers don’t try a new rebranded hipster film every week; they pick one and shoot the same thing for decades.

No doubt the digitally scanned ones are cleaner, while my darkroom prints carry my fingerprints and other imperfections, but they also carry the charms that we didn’t get on the digital scans. I especially love including the film borders on my prints!

I enjoy both results and certainly the digital scans are more convenient and less laborious. Most importantly, it was really fun comparing them side by side.
_____________________

Nick Susatyo reached out to us after our last newsletter and sent through his work pictured above. We were super impressed with not only the results of his images, but Nick’s enthusiasm for the art of photography – we found his story too fascinating not to feature. To many, this is what analog photography is all about – crafting manual skills and creating a connection between the photographer and their work, on a level that can’t really be achieved by digital. Nick’s insight is very much appreciated and we look forward to seeing more of his work in future.