Indiana Jones and the Nikon F3 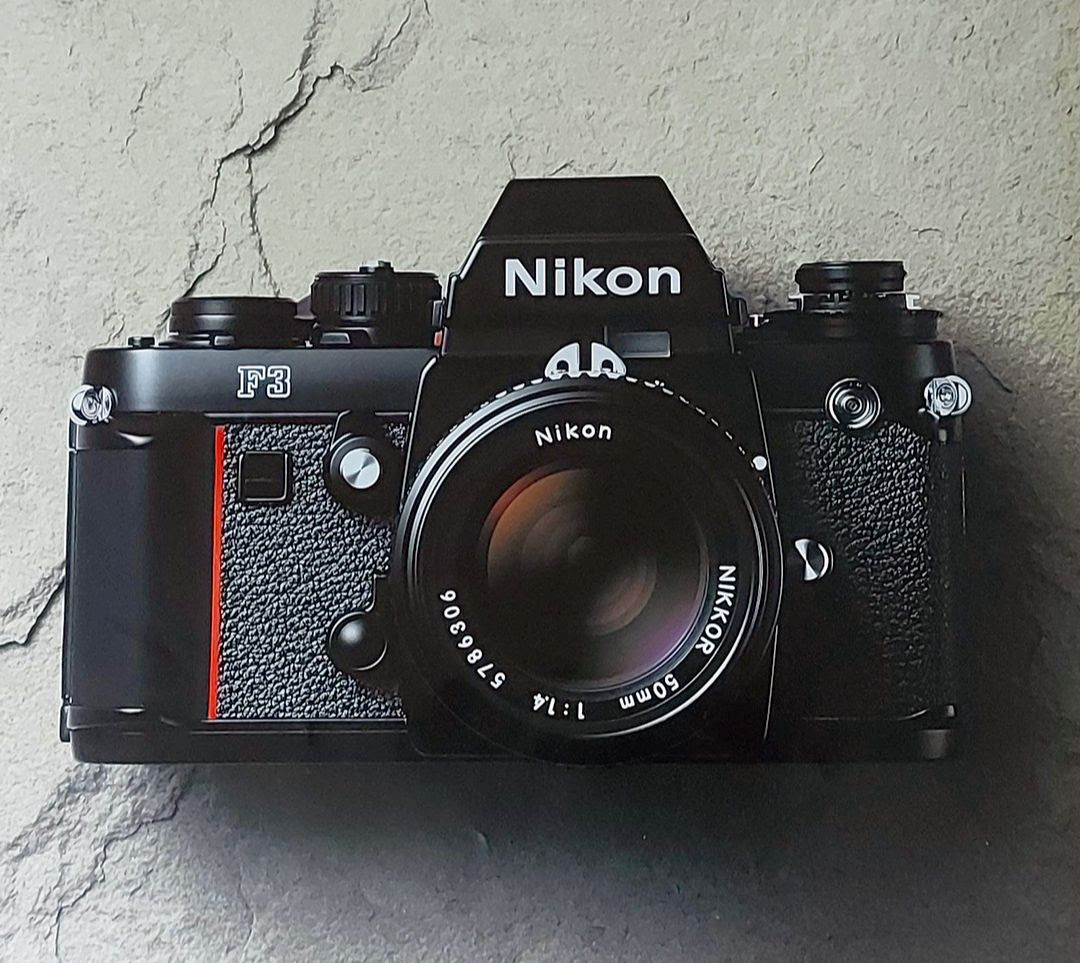 Growing up, one of my favourite movie series was Indiana Jones. I had the books, the DVDs, the special edition VHS, the Lego sets, and the video games. The world of adventure, danger and exploration was perfectly captured by Steven Spielberg across the three movies. While ‘Raiders of the Lost Ark’ will forever be my favourite film, one of my favourite scenes in all the movies was the mining cart chase scene towards the end of ‘Temple of Doom’.

One of the main things I remember thinking when watching it for the first time was how cool it would’ve been for the actors to have ridden this thematic rollercoaster during production, and any dangers they must have faced would’ve been worth it. However, naively, they don’t tend to put lead actors of a multi-million dollar blockbuster franchise in danger during the production of films, let alone stunt doubles for scenes this intense. While discovering the wonderful world of cameras I found something which blew my mind, but also maybe stole a little bit of the magic from my childhood – a majority of those action packed shots in the mine cart scene were actually filmed in stop motion, utilising the Nikon F3.

Steven Spielberg and George Lucas realised the scale of their scene may be a bit grand for not only the production budget, but also the physical limitations of the cast and crew. Spielberg and Lucas needed to bring together the best minds in the industry for special effects, so they turned to the revolutionary company pioneered by Lucas – Industrial Light and Magic – for a solution. The first issue they ran into was that the proposed micro-set, a small scale model of the scene, was too small to fit even the smallest 35mm motion picture camera at the time.

An excerpt from ‘Popular photography’ August 1985 –

“The task of solving the problem fell to Dennis Muren, the chief visual-effects supervisor at ILM. It’s Muren’s job to solve the technical problems that develop on a motion picture. “I asked myself,” Muren said, “did we need to spend money and time to invent a special movie camera when a camera already existed that could meet our needs? All we needed was a lens and a film-transport mechanism. A long time ago, I’d been thinking about still cameras being ideal in size for some shooting situations.” He speculated that it might be possible to modify the small Nikon F3 to shoot the miniature chase footage.”

While they had now found a suitable camera, a second problem arose:

“With his assistant, Muren shot a test with an off-the-shelf Nikon F3. They found that the film occasionally slipped as much as one perforation as it passed through the gate. While this might amount to only fractions of an inch, those fractions would translate into excessive motion on the screen; it would look as if the film had not been registered properly. “I knew if we could figure out what caused the slippage, we could probably solve the problem through trial and error”

After thorough testing and inspection, Michael McAlister – the chief visual effects photographer, and his assistant discovered that the issue had resulted from the power from the Nikon motor drive. So they slowed down the voltage which would in turn, slow down the transfer to the next frame. They then also added brass guides to keep the film steady and a pressure plate to keep the film perfectly flat to the gate.

They then had their next problem to solve; it would be extremely inefficient and impractical to load a regular film canister with movie film as it would provide around a second and a half worth of footage. So McAlister designed a film backing which could hold 50 feet of movie film which would result in around 15 seconds of footage per take/roll of film. The camera was modified and the film backing was machined in the ILM workshop – finally they could start shooting.

This was only the beginning of their challenges. It took around four months to shoot the scene inserts, with each and every shot painstakingly shot as a stop motion frame. They used life like puppets for the characters that had to be adjusted in each frame to replicate their movement. The Nikon F3 was used for both the stationary and tracking shots throughout the scene with over 50 takes ending up in the finished movie, the result is a major portion of footage from that scene being shot on the Nikon F3. Every second of footage from the F3 that was included in the movie has 24 still photographs, each individually taken by the team at ILM. A mammoth effort.

“Our Nikon F3 can do any of the exposure times a normal Nikon can do. The shutter is triggered with a remote control. That, in turn, is programmed by a computer,” said McAlister.

Unlike many visual effects, the sequences produced by the Nikon were completed shots, ready to be inserted into the movie. The Nikon did all the work. “It would have cost 30 to 40 percent more to shoot all those shots to scale,’’ Dennis Muren concluded.”

Dennis Muren and Michael McAlister would go on to win the 1985 Academy Award for Visual effects for their work on Indiana Jones and the Temple of Doom. A win for the team at Industrial Light and Magic, as well as for the Nikon F3.