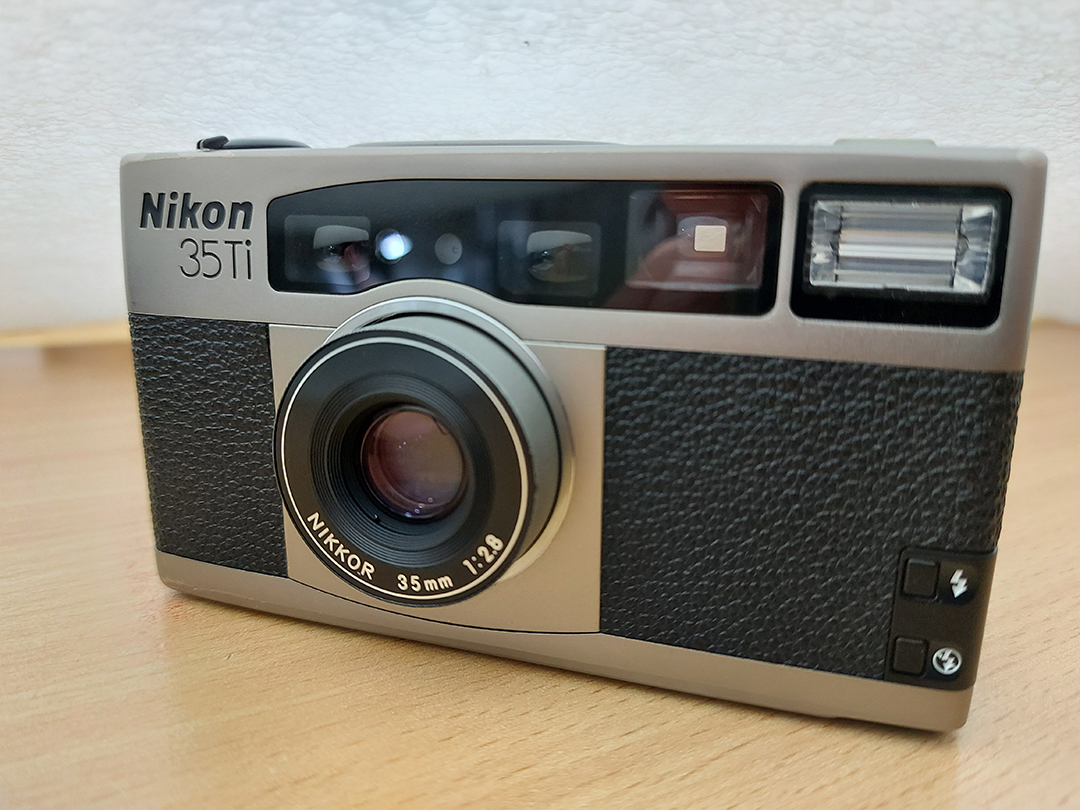 While many who shoot film choose SLR cameras for their professional functionality and modular format – we don’t always have the luxury of carrying around a camera bag full of gear or hanging a solid, bulky camera around our neck. That’s where the compact camera comes in. Back when film was the apex medium, compact cameras were treated as a travel alternative to a proper camera kit, where you traded both image and build quality for practicality. Now with our ever changing world, the combination of compact technology and increased sensitivity to privacy has greatly increased the demand for the compact camera. While millions of models of cheap, plastic, reusable compact cameras were manufactured throughout the days of film, there were very few high quality, high functionality, design concise cameras made that have survived the film camera purge.

What do you get when you cross some of the greatest minds in camera manufacturing and design, and ever increasing pressure to prove that film cameras still had a future as a format? – You get the great film camera resistance of the 1990’s. A time when companies were working in overdrive to prove their relevance on the market. It seems that many times throughout history humans excelled the most when powered by fear and the unknown, and this period is the greatest example to date for the world of cameras. What’s so great about this period? Well we had really hit our stride with the fairly new world of micro electronics and micro processor development. Many of the technologies still important today in digital cameras such as Auto-focus and matrix metering, Flash Sync and Automated aperture adjustment, had really been tried and trued in film cameras. These were now being manufactured in more efficient, space saving ways (and for very cheap as well) – meaning they could include as many features as possible for relatively cheap prices. They also played around heavily with the idea of the luxury camera – an almost status symbol separate from modern function, driven mainly by form and high quality. But why in a luxury camera should you have to pick form over function? Well Nikon though the exact same thing, so they began to develop an incredible camera dedicated to this very idea.

Nikon were inspired not only by European made cameras, but they were also heavily influenced by classic British and European luxury automotive design when they began development on this idea. If there is one sure thing in design, classic European and British luxury cars are easily the most beautiful cars ever made, and when looking at the camera Nikon produced by absorbing this car culture, you can see the styling queues. Start for instance with the titanium body of the camera, its unique metallic sheen resembles that classic grey/silver luxury finish on these cars. The leather like detailing wrapped around the Nikon resembling the fine upholstery. But most ironically, and not seen in any other camera, ever, its unique analogue dial display on top of the camera.

Known as the ‘Nikon Analog Display System’ this is the main design choice that really sets this camera apart from anything else ever made. The dial display on top draws heavily from those classic gauge clusters in these classic older cars, and also from Swiss made watches from the same period – combining ‘a mans three greatest luxury investments’, a classic car, a fine watch, and a luxury camera.

Nikon, smartly, were not brave enough to attempt the world of dial and hand manufacturing (which if you’re following our manufacturing endeavours, then you will know is extremely difficult to perfect) so they turned to a company just as great and respected in this field as Nikon are in cameras, Seiko. That’s right; the Nikon Analog Display System is the handy work of Seiko, making this camera a collaboration between two of the greatest manufacturing powerhouses out of Japan, as well easily one of the top producers in both their respective fields.

All these styling choices as well as the cameras general layout really shows how thoughtful this camera is. The end result is a camera which feels less like a camera and more like a classic, finely made, iconically designed machine – think Aston Martin DB5 or Mercedes Benz 300SL. It embodies the true essence of classic luxury design.

On offer today is a Nikon 35Ti set in great condition with its original box, manual, case and strap – the perfect ‘take anywhere’ camera without compromising on form, function or image quality. This set represents fantastic value considering the original retail price being equivalent to approx. $3000 AUD in today’s money.